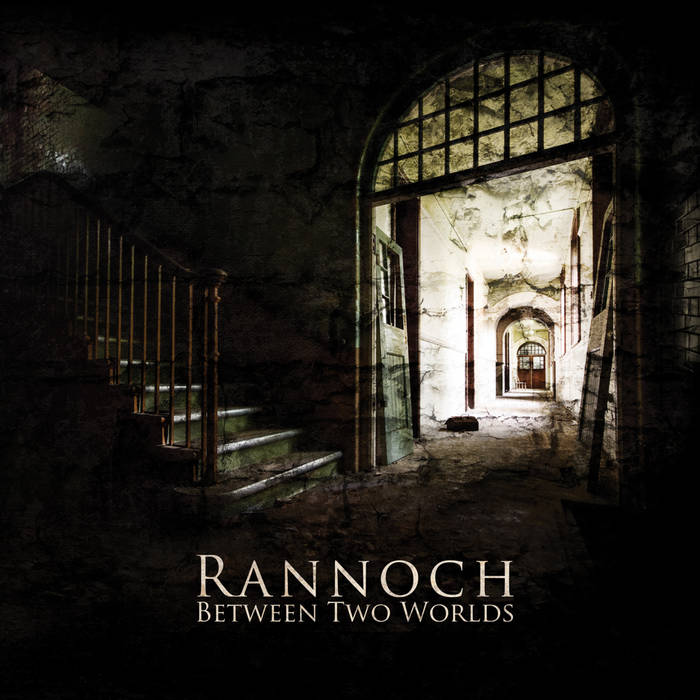 blythe Rannoch knows how to make you want to burn your house while you are making headbanging until your head explodes. Brutal album, awesome vocals and pure metal spirit.

Feign Pretty good Progressive Death Metal,albeit a little forgettable especially in an almost endless sea of up and coming metal bands demanding attention,upping their game on their next release is a must. Favorite track: Age of the Locust.

ZERO TOLERANCE:
Sometimes an album drops through the letterbox, and you expect it to be a decent debut effort. Sometimes you are pleasantly surprised. However, this is not one of those times. For "pleasantly surprised" would be an injustice. Rannoch have, with "Between Two Worlds", dipped their toe into a bigger world, displaying a level of craftsmanship and polish that is usually the preserve of the big boys. Well, they have marched straight up to them, and crashed their party. Surely, debuts aren't supposed to be this good? This professional? Are they? Well, once in a while, it seems they are. These guys can play, but even with their take on progressive, modern, aggressive metal, they put the song first, and don't fall into the trap of firing off technical riff after technical riff just to show off to the boys at guitar college. The feel of the music is always paramount, and rightly takes the centre stage. There is plenty of variety on show here, from delicate acoustic moments, to soaring guitar solos. A top quality British album!
4.5 out of 5

TERRORIZER:
While West Midlands progressive metallers, Rannoch, have kept a low profile since their first EP in 2008, you can hardly fault them for biding their time, as their debut album proper is a seriously impressive piece of work that can hold it's own against man of the genre's leading lights. Meticulously tight and with eight string guitars in tow, Rannoch cast their net far and wide, melding chugging Meshuggah-isms and tech-death acrobatics with moments of solemn introspection more reminiscent of Ihsahn and Opeth. Granted, things sometimes teeter on the edge of pomposity (witness the hammy William Blake poetry recital on "The Forgotten"), but for the most part, "Between Two Worlds" is a definite triumph.
7.5 out of 10

Conceived as a ‘virtual vinyl’, ‘Between Two Worlds’ is presented with an A/B side approach to its arrangement of tracks and is available from November 27th 2013 as a digital release through British alternative label Eulogy Media (talanas, Dãm, Beth Ryan).

"Between Two Worlds" was recorded throughout 2012 and 2013 at the Rannoch studios.

Re-amped and Mixed and mastered by James Stephenson at Stymphalian Productions
www.stymphalianproductions.co.uk

"The Demon" in Faith performed by Laird Logan Gunn and appears courtesy of Haerken
www.haerken.com

MF DOOM is given his flowers, plus appearances from MC Jada Imani and Stanley Ipkuss